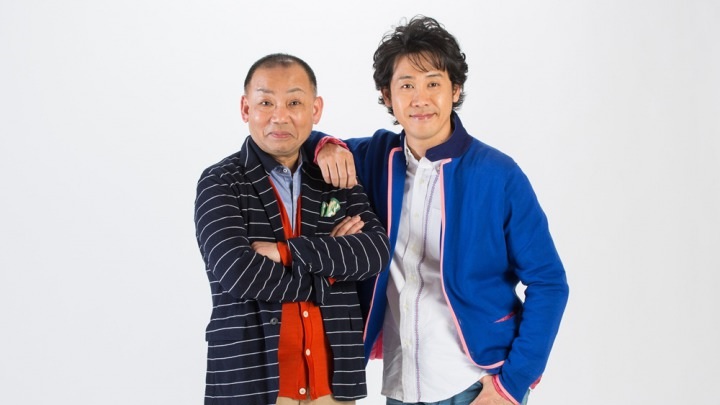 Yo Oizumi who has a versatile talent became so popular not only in Hokkaido but also throughout Japan. And he formed “YOYO’s” with a STV’s versatile sales announcer Yoji Kimura.(YO plus YOji equals YOYO’S)
Two guys have all viewers throughout Japan laughing.The title of this funny variety show is “1x8(Ippachi)”. 1x8(Ippachi) means "Sink or Swim"!
They have challenged various hilarious projects until now, and have received tremendous support from many viewers. Watch his funny comedy which Hokkaido’s superstar Yo Oizumi plays only to his hometown local program, never shows in national program.

“Hakodate” is famous as a fantastic port town in Japan. Everything is good , for example, food, sweets, night view…. Reporters visit “Hakodate” and “Sapporo”, and enjoy traveling! 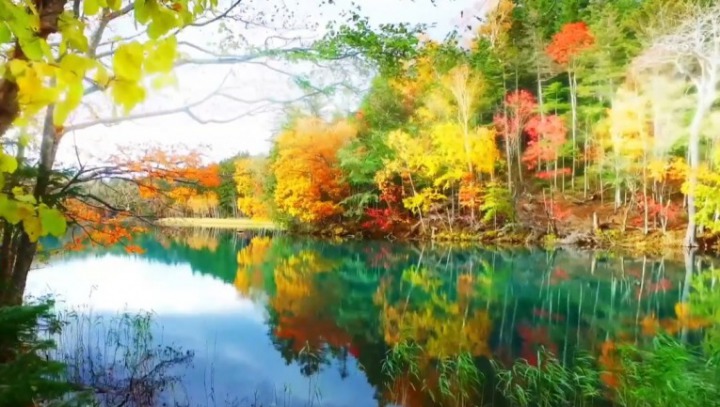 "Drone" equipped with 4K camera shows great beautiful land "Hokkaido" in Japan. We shoot for a long period of time over the four seasons. You must be enchanted with Hokkaido ! 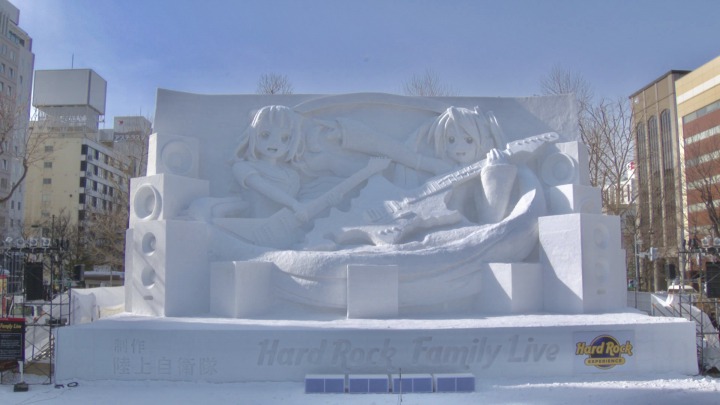 Everybody dreams to go to Sapporo snow festival. Its great snow statues, snow activities, romantic night strolling, great tastes of dishes... Sapporo is so much attractive for everyone. This program is specially made for travel beginners.
This year, at the 70th annual festival, there are a lot of p... 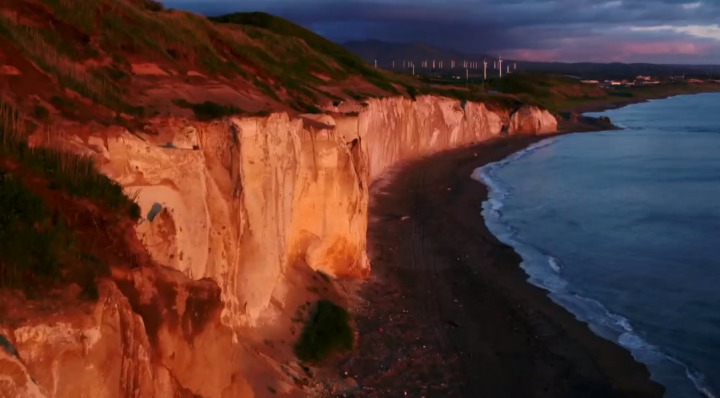 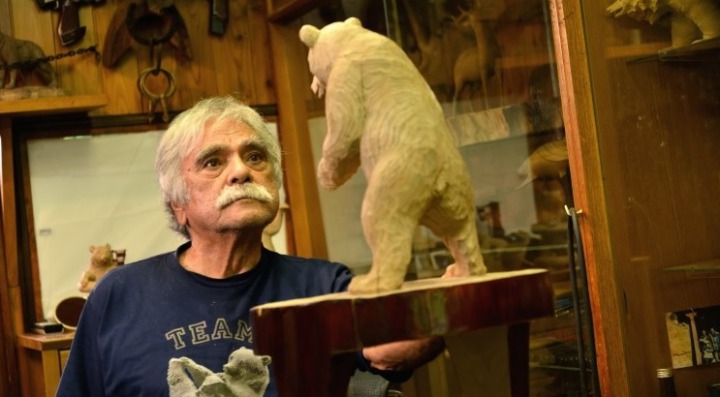 Mr. Takeki Fujito is the Ainu people in Japan. He lives in Lake Akan in Hokkaido.
He learned the professional skill of woodcarving from his father. He confronts the tree without drafting any drawings, and drilling at a stroke. "There are already the work in the trees, I only carve it out," he says... 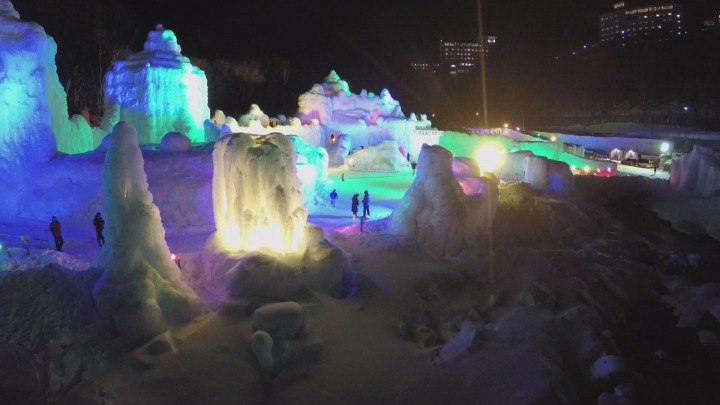 Drone" equipped with 4K camera shows wonder land "Hokkaido" in Japan. This program is focusing on winter season. Drifting ice is such a work of art ! 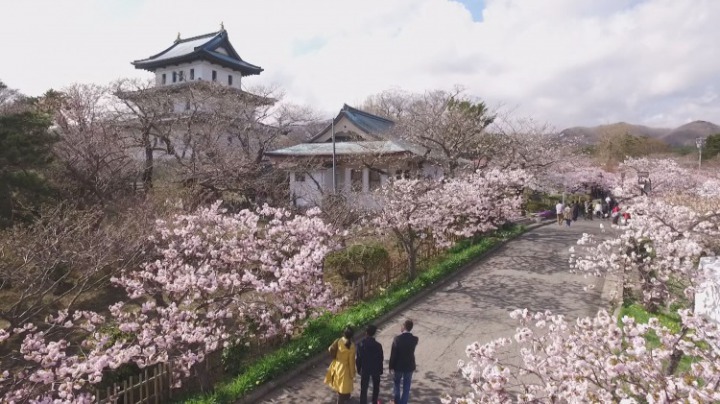 A door to Hokkaido still unseen

There is a scenery only in Hokkaido, so we want to go to see.
There is something we don’t know yet, so we can enjoy new surprises.
Let's encounter with people who live in Hokkaido !
Let's go to Hokkaido where we don’t know yet !
This is the theme of this program.
Each episodes show not only the... 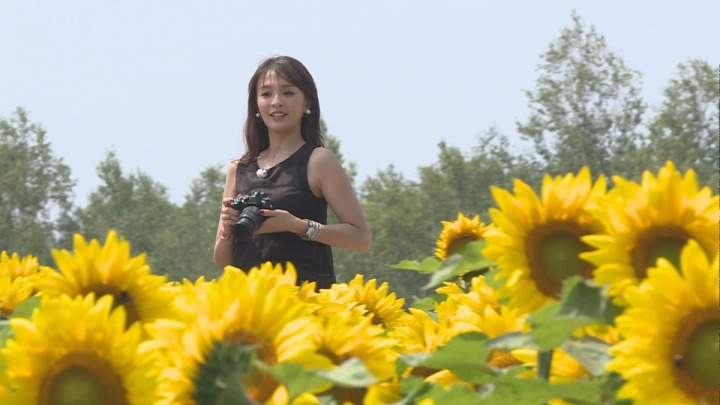 Let’s go to Hokkaido with your camera !
There are a lot of beautiful scenes in Hokkaido. Aiku Maikawa is a model and also a phtotographer. She enjoy going to travel and takeing a nice photo !

AikuMaikawa is a model and also a photographer. She travels around in Hokkaido and takes a beautiful pho... Feel the wind in Hokkaido.
Basic and casual traveling program made by Hokkaido’s No.1 TV station. A good guide for Hokkaido beginners.

Hokkaido attracts many sightseers not only from Japan but also from foreign countries. Its four distinctive seasons entertain travelers with seasonally limited s... Using foreingers’ eyes to discover the appeal of Hokkaido!!

What is rotary Sushi? Why are people so polite?
Why is ‘washing toilet’ so popular? Foreign travelers will have many questions about Japan. They go around Hokkaido to enjoy hidden charms, and re-discover the appeal of Hokkaido.
So man... On 2004, Ms. Hoshizawa got a real Guinness world record as a ‘most long term live performer at a cooking program’. She’s doing food show in Hokkaido since 1974!!! On this se... 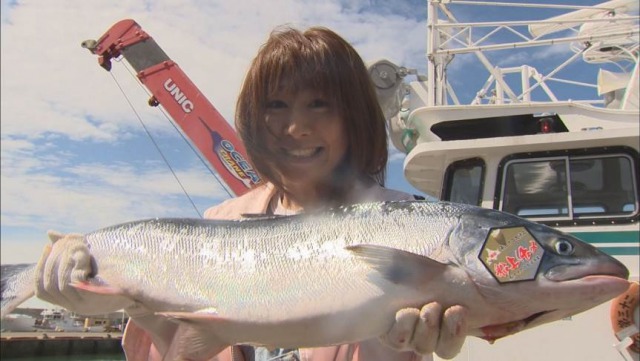 Hokkaido is paradise of tasty fish!!
There are so many port towns in Hokkaido to visit. A female reporter goes to every town,
Embark the fisherman’s ship and taste the fish!!

Hokkaido is surrounded by great sea of nature, where many kinds of fish are living. Tuna, salmon, scallop, shrimp, crabs... Let’s have fun and learn Hokkaido ! Dig in Hokkaido with together !! We timely delve into a lot of interested topics in Hokkaido. This documentary program is curiosity tickling your intellectual ! A female reporter goes out for a short trip in Hokkaido.
This program is good for adults who wants to make their travel special, slow, relaxing and comfortable. This program is good for adults who want to make their travel slow, relaxed and so special. Even watching this program will make you feel experiencing a luxury tour to Hokkaido. For example; in Niseko episode... Riding on a canoe at Shiribetu river, running thru Mt. Ni... 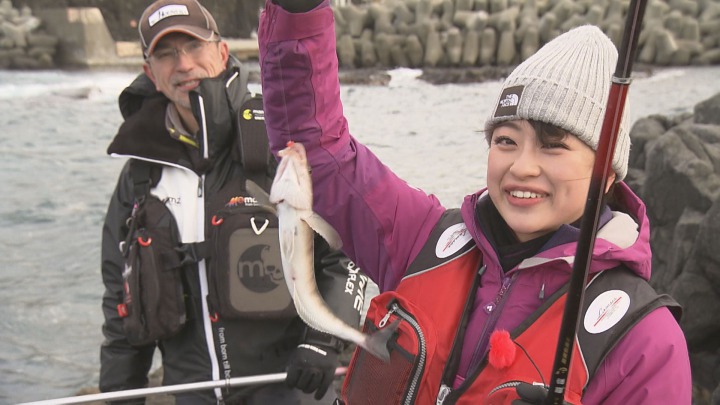 Hokkaido is surrounded by the sea and rich in nature and has lots kinds of fish. A young female reporter who is a fishing beginner tries to get a fish by helping of a fishing veteran assistant.
Sometimes she rides on a ship, and sometimes fish from the coast to aim for big fish. After fishing she c... Yippee! Traveling in Japan is fun!!
Everything is new and curious through the travelers’ eye. Japanese culture, foods, way of life, hospitality and tradition… so much more to look around in northern Japan!!

Tohoku and Hokkaido area has so many charms. Travelers go to every prefecture and try fin... “Passionate Hot Sandwich” is a variety show which two excellent sensitivity guys Mikio Date and Takeshi Tomizawa enthusiastically support Hokkaido !
They formed a comedian pair “Sandwichman” in 1998, and became a champion not only at the 2007 “M-1 Grand Prix”, but also "Favorite Performer Ranking N... Find a hidden charms of Hokkaido!
Curious items come from a travel bag!Then you will know more about Hokkaido.

A travel bag can be not only a partner of travel, but also a hint of the travel. Sometimes it will give you a map, lighter, or a helmet! As the story continues, a hint from the bag will... Explore all around Japan!!

Hokkaido, Mt.Fuji, Historical temple...Every curious places in Japan are here. You know so many places to see around Japan. For example;Drifting ice in Hokkaido, bicycle trip to Mt. Fuji, legendary old Dogo hot spring in Ehime, unique Donburi cuisine in Aomori… Every ep...